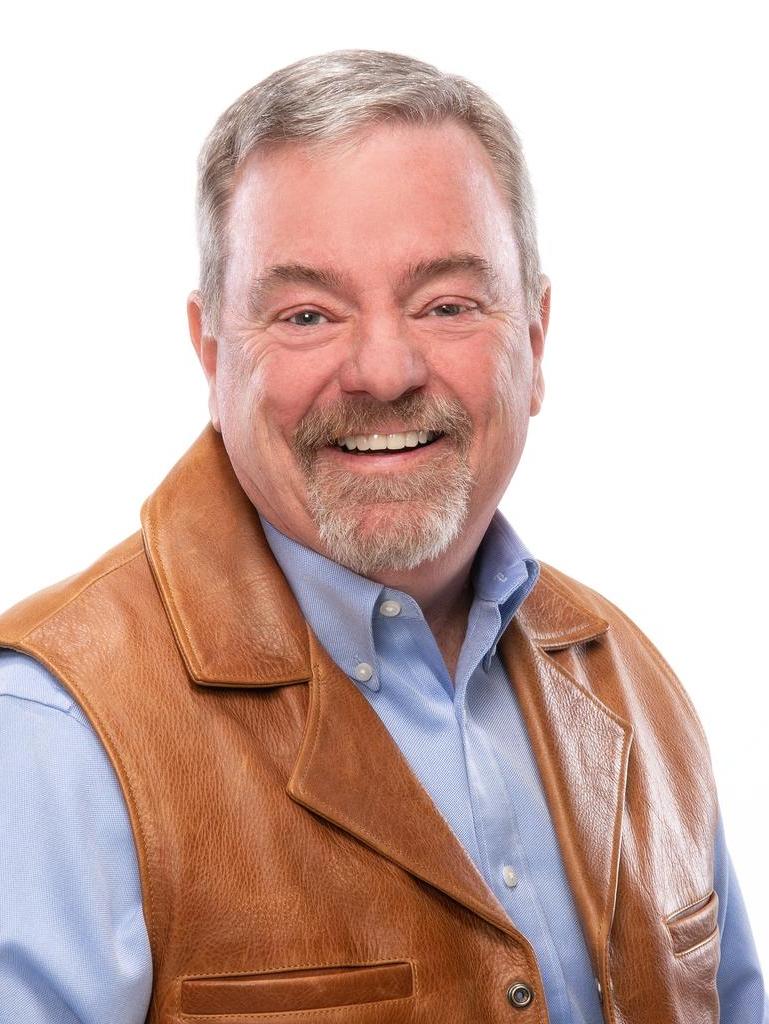 In both 2018, 2019 and 2020 I was recognized as being among the top 20% of agents—for sales and volume performance—within a highly reputable, locally-owned real estate firm of 115 REALTORS servicing Northern Nevada and Lake Tahoe.  And to better advocate for my clients, In recent years I’ve earned the Real Estate Negotiation Expert (RENE) certification and the Seller Representative Specialist (SRS) designation.  But like so many REALTORS, I've not always been in the real estate profession.

Before joining Sierra Nevada Properties, a decision fostered years earlier by my dad, a 20-year Lake Tahoe Realtor, I made successful and lasting contributions in other professions.  Fueled by a passion, my career paths have been governed by the core values of integrity and service-before-self, which I embody as a Realtor.

My formative years were spent in Wisconsin where I earned a Bachelor’s Degree in Business Administration from the University of Wisconsin, Whitewater.  Years later I obtained a Master’s Degree in Management from Webster University, St. Louis, Missouri.

I’m proud to have served this country as a career officer in the United States Air Force.  I led great people in the pursuit of common goals at military communities such as Rapid City, South Dakota, where our kids were born; San Antonio, Texas; Cheyenne, Wyoming; Dayton, Ohio, where my wife was a volunteer tour guide at the renowned National Museum of the United States Air Force; and Colorado Springs, Colorado, where I commanded a squadron of 240 airmen, DoD civilians and contractors.  Overseas opportunities included a 3-year tour in Tokyo, Japan, where I served as Director of Personnel, United States Forces, Japan, which is a Joint Chiefs of staff-equivalent organization interacting with senior Japanese officials; and a deployment to the Middle East.  As a Lieutenant Colonel, I closed my Air Force career at the Pentagon in 2005.

Wildlife conservation was my next calling.  As one of the senior leaders with the Nevada Department of Wildlife for over a decade, again I had the privilege to lead and work with a cadre of dedicated professionals, focused on the restoration and management of fish and wildlife resources, and the promotion of boating safety on Nevada’s waters.

My wife and I have called Nevada home since 1981.  Having established roots in Incline Village, located on the north shore of Lake Tahoe, we were excited in 2010 to relocate to our new home in St. James’s Village.  Located on the northwest corner of Washoe Valley and in the shadows of Mt. Rose Ski area, this mountain-side neighborhood is accessible from the Mt. Rose Highway and from I-580 in Washoe Valley.  St James is just minutes from Tahoe, Reno and Carson City.  We like to think that the Sierra Nevada mountains have not one, but two acclaimed gemstones: Lake Tahoe—the Jewel of the Sierras…and St James’s Village—The Ruby of Reno!

My wife and I enjoy travel, the small city atmosphere of Reno and Sparks, and our friends and neighbors. With my free time, I also love the Nevada back country and all things outdoors, shooting sports and woodworking.

What my clients are saying (16)

We chose Bob because I knew him previously. He did an excellent job, walking us through the process and guiding us well throughout. He helped us sell our home quickly in order to purchase another home. He was very professional and went above and beyond in helping us.We felt that Bob was efficient and helped us well during these aspects of our sale.Bob did an excellent job.We did not really interact with other staff.Bob helped us with our home sale during a very stressful time in our life and we greatly appreciate his guidance and demeanor. He provided a lot of reassurance throughout, helping to ease our sellers anxiety.

Bob is the best. He is meticulous and such a hard worker.

Bob didn't let market downturn discourage him and he kept us encouraged re the property. Although it took awhile Bob was successful in marketing and finding the right buyer for our property

Robert Haughian did an excellent job marketing and selling our vacant lot. His neighborhood expertise and ability to highlight the benefits of our lot in his marketing efforts were key. He kept us updated on a regular basis and provided potential buyers' feedback. We were very happy with Bob's services and wouldn't hesitate to use him in the future.

Robert Haughian is a true professional. He was readily available to tour houses in our search and was always available when I called or emailed him. He is knowledgeable in his profession which made the purchase of the home a seamless transaction. I would highly recommend Mr. Haughian to anyone looking for a realtor to represent them in the sale of their home or the purchase of a new home.

Bob was a real pleasure to work with and the reason we selected Sierra Properties. I've known Bob for years, and his credibility, his professionalism, and his integrity are what convinced us to work with him. Bob listened to us and allowed us to list at a higher price than we ultimately sold for because we wanted to get the most return on our investment. Ultimately, the home sold for the price that Bob predicted at the outset. Bob was helpful in many aspects of preparing the home for sale. My spouse was working in another state for much of the sale, and Bob was always courteous and respectful, working with both of us. We are very pleased with Bob's performance, and with the overall experience with Sierra Nevada Properties.

Having Robert Haughian represent us as our agent was the best decision that we made when considering selling our home. His attention to detail and professionalism made this experience enjoyable and seamless. His attention to detail really came through in the marketing of our home and in the closing of the sale. I truly feel that his marketing helped us to achieve top dollar for our property and a relatively quick sale considering we were shut down for 8 weeks due to the COVID virus. He is an excellent communicator so I was never left to wonder and was able to put questions to him at any time and was always responded to in a timely manner. He went above and beyond to be of assistance and did an outstanding job representing us for our final sale.

We’d sold two houses through realtors before and by far, Bob outperformed them when selling our land. We were very impressed with Bob as he went above and beyond other realtors we had used in the past.First we were very impressed with the marketing of our property, both the photography of the property and the numerous sites be used to list the property. When a potential buyer had a question, he researched the answer for us and reached out to the HOA to get the final say. After contracts were signed and prior to closing, he followed up with us continually to ensure we had everything we needed. And finally as tax season came around, Bob resent our settlement statement to ensure we had the information needed to complete our taxes.Bob is an excellent realtor and we would definitely use him again.

Bob was awesome! Very smart and informative about everything related to the purchase of our new home. He knew when I was going to get upset or worried about something and preemptively reached out to make sure everything was handled properly. He was organized, timely and friendly. Even though we ended up purchasing a new home, he still stayed by our side to help with the purchase. I would definitely recommend Bob to anyone looking for a new home!

Above and beyond Bob exceed my expectations of effort and assistance. There was never a time Bob wasn't available nor a question he couldn't answer. The guidance Bob gave me made my whole process amazing and enjoyable.

I've dealt with many Real Estate agents over the years, Bob Haughian was certainly the most professional. Bob was very helpful over the phone and totally prepared at our first meeting. He obviously spent a great deal of time preparing for our first meeting; without any assurance I was a solid prospect. On arrival, he had a personal binder full of useful information and focused on lots that met our criteria. I've been in Sales all my life, I was certainly impressed!I responded to 2 listings in St. James' Village. No response from the first agent, Bob responded immediately......This took over a year, as we waited for our targeted lot to become available. Bob contacted owners (wrote letters) of other prospective lots and continued to make us aware of new listings. We never felt pressured to "settle". We felt very comfortable extending our listing agreement 3 times.

We happened to meet Robert Haughian (Bob) while looking at another property (on our own) that we were considering purchasing. Bob approached us and provided some very useful information about that other property and cheerfully answered several of our questions based on his knowledge of the property. He was never "pushy" and encouraged us to call him if we had additional questions he might be able to help with. Almost 3 months later, when we found the property that we wanted to put an offer in on, it was a no-brainer to call Bob to help us with the offer.Bob's performance during the purchase transaction was nothing short of excellent! Due to some issues the seller's had with the property, the closing took about 2.5 months, far longer than either Bob or we expected. Bob was diligent throughout the process and was very good about following up with the listing agent to understand the status of various items the sellers needed to address. Bob was also extremely helpful with recommending due diligence activities and resources for the purchase, and helped with contacting County officials to get additional information. We found Bob to be friendly, competent, thorough, practical, helpful, and generally on top of things throughout the transaction. He was very responsive and we always felt he had our best interests in mind.Our experience with Bob was exceptional and we would certainly consider using his services again if the need arises. We recommend Bob, without hesitation, for anyone in Northern Nevada in need of real estate services!

Bob Haughian is a true real estate professional. His attention to detail is excellent. He was always very accessible in working around our schedule in order to show us properties. We are from Chicago and had limited time in Reno to close on our purchase. Bob simplified the process and was always willing to do much of the leg work before we even arrived. He made the process painless and always has a smile and a warm welcome each and everytime we met with him. Chris and Carole Cain

Bob made the purchase process less stressful. We even closed early.

We worked with other brokers and agents, before Bob contacted us. We were impressed by his forthrightness and enthusiasm. Where others had failed, he succeeded. We attribute his success to knowledge, enthusiasm, and perseverance. We would heartily recommend him to anyone looking for a local agent.